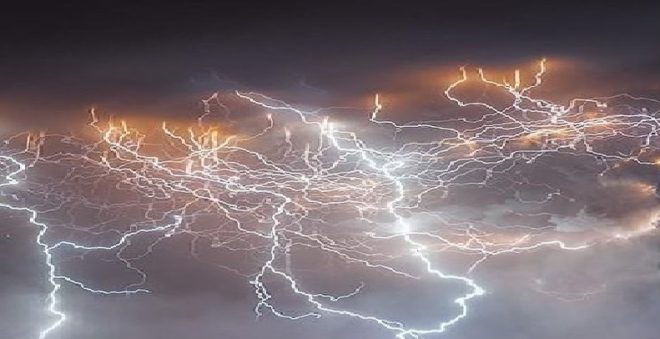 Do you acknowledge the inspiration of the Bible? The Bible proves its inspiration by Jehovah God through the fulfillment of many prophesies. The Bible foretells what the near future will be, just as it did in the past. There is no way to prove the Bible wrong. If you ignore what the Bible says, it has foretold what Your Future will be.

They Did Not Acknowledge Noah was from God

Jehovah is a God of Justice, He used Noah to warn the people living then that He was going to cause a Flood. If anyone wanted to save their life they had to acknowledge that warning and act on it by joining Noah and his family on the Ark.

2 Peter 2:5 “he did not refrain from punishing an ancient world, but kept Noah, a preacher of righteousness, safe with seven others when he brought a flood upon a world of ungodly people”

When the deluge began only Noah and his family were on board. 2370 B.C.E. Floodwaters fall killing all who refused to acknowledge Noah represented Jehovah God .

They Did Not Acknowledge Moses was from God

Not to long after that, 856 years, the Pharaoh of Egypt would not acknowledge Jehovah as Almighty God with authority over him and the Egyptians. That refusal led to the devastation of Egypt and the death of the 1st born of Egypt, the Egyptian army and contrary to the movie, Pharaoh died in the Red Sea. Jehovah say’s “I will glorify myself by means of Pharaoh and all his army, his war chariots, and his cavalrymen” at Ex.14:17.  1513 B.C.E. Exodus from Egypt, all who died had refused to acknowledge Moses represented Jehovah God.

They Did Not Acknowledge Jesus was from God

29 C.E. Jesus is baptized and begins to preach about God’s Kingdom. Jesus spent a lot of time speaking with people in the Jerusalem area. The Clergy Class discredited what he said and had him put to death so they could keep their position of elevation above the common people. Because of the teachings and influence of the Jewish Clergy Class many were led to their death. They despised the Son of God, and saw him as a threat to their livelihood.

Even though Jesus was shown to be the way approved by God, by many miracles and resurrections, the Jewish leaders and many Jews of that time refused to acknowledge him as the Messiah.

Jesus disciples all followed his fine example of sharing what they learned from him in village after village. They went door to door just as Jesus taught them to. They told people what Jesus said was to occur in Jerusalem. They taught them that the Kingdom of God with Jesus as King is now what men should Hope in. They taught that Jesus resurrection is a guaranty by God that these thing will take place.

70 C.E. Jerusalem and its temple destroyed by the Romans. More than a million civilians died. The Clergy Class and the Entire Jewish system was destroyed. No longer could people show they were related to Abraham or King David or King Solomon because all records were destroyed. Even today what do you think of those Jews who cannot see that Jesus was the Son of God.

Jesus purpose to lead people to a New Religion Framework.

Jesus came to Earth for several reasons, one reason was to show that the Temple worship arrangement was no longer acceptable because the Sacrifice of Jesus Perfect Life would end all animal sacrifices and Jesus Fulfilled the Law making that way of worship obsolete . Jesus taught all his followers they would be brothers with no clergy class. The Older men in the congregations would teach the younger. The Older men from congregations would meet and discuss pressing issues, praying and applying scriptural answers to problems. All disciples would go door to door sharing what they have learned from the Apostles writings of Jesus life and how many Bible prophesies led to Jesus starting in Genesis 3:15.

You can see How a Clergy Class has failed to acknowledge Jesus teachings and worship God as Jesus did . Many Churches around the World are accountable for misleading their congregations to their eternal death. The Clergy Class of Churches that teach Doctrines off Lies, like Hell Fire, The Trinity, Once Saved always Saved, the Deity of the Christ, all are as reprehensible before God, just as the Jewish Clergy Class that put the Son of God to Death are. It would be better for a church minister to denounce false church teachings and free the congregation, rather than be blood-guilty for them all and face the wrath of God. Looking at the Jewish Clergy Class that put the Christ to Death, do you think any will do that? see Matthew 18:6

For instance Jehovah would never torment a person in a burning hell forever. Those who support the church and the teaching are slandering the Holy God, Jehovah. see Romans 6:7 when you die you have paid for your sins.  see Eccl.9:5,10

Some people believe Jesus was just pretending to pray to God, because he is really God. Others teach that Jesus is part of a 3 part triune God, being coequal and co-eternal. You can see they are calling Jesus a fraud and a liar by teaching mans teachings. Jesus clearly stated “The Father is Greater than I am” John 14:28 the same Apostle John wrote under inspiration at Revelation 3:14 …”These are the things that the Amen says, the faithful and true witness, the beginning of the creation by God“. This is in harmony with what the Apostle Paul wrote at Colossians 1:15 He is the image of the invisible God, the firstborn of all creation. Do these verses sound like Jesus is co-eternal or co-equal? Do your contributions promote these lies?

Ezekiel 2:5 “As for them, whether they listen or refuse to listen—for they are a rebellious house—they will certainly know that a prophet was among them”

The same pattern exist today. Jesus foretold that His Followers would preach the Good News of the Kingdom of God in all the inhabited Earth before a great tribulation. The majority of people refuse to acknowledge that Jehovah’s Witnesses are the only people that have announced God’s Kingdom Worldwide for more than a hundred years. They have done this in a systematic way, door to door, street after street, recording where they spoke with someone and where they need to return to a unanswered knock on the door.

Just as you would expect from a God of Justice, Jehovah’s Witnesses have traveled to the ends of the Earth to reach any person with a listening ear. No matter what race,ethnicity,rich or poor,Jesus has led the Preaching of the Good News of God’s Kingdom to virtually every person on Earth just as Jesus foretold at Matthew 24:14:  And this good news of the Kingdom will be preached in all the inhabited earth for a witness to all the nations, and then the end will come.

Matthew 28:19,20 “Go, therefore, and make disciples of people of all the nations,baptizing them in the name of the Father and of the Son and of the holy spirit, 20  teaching them to observe all the things I have commanded you. And look! I am with you all the days until the conclusion of the system of things“

So what will your future be? The Bible has foretold two futures.