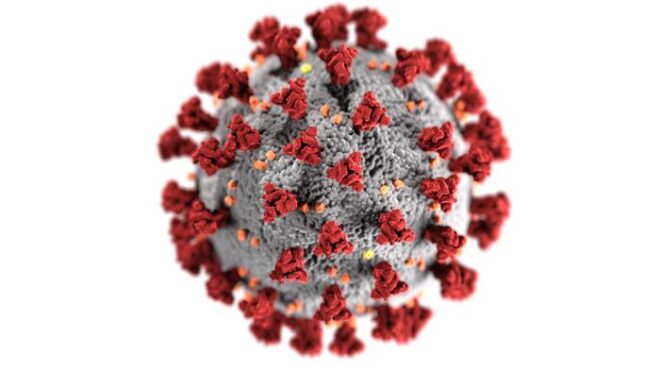 My Sons, friends and family, this covid19 virus is unnaturally infectious and lethal. This requires us to shield ourselves against it in unpopular ways when in public, so much so that it can cause us to become weary and fatigued, dropping our guard, like a soldier whose shield is too heavy to keep raising during a long battle, ultimately costing him his life. Keep up the fight against this invisible viral enemy.

The same is true for a slave of God and Christ! The fight is on, the enemy wants you to be fatigued, leave off the discipline that Jehovah teaches us through His Word. Satan seeks to occupy our time,our minds, our thoughts and the inclinations of our hearts, making Bible reading and studies and meditation of it, drudgery and wearisome. The holidays have many little traps that draw us into opposing our Dear Friends in Heaven. Like Satan when putting Jesus to the test, he offered Jesus all authority and god-like power over the inferior puny humans, for what? a small thing, just kneel to me, that’s all, just for a second! That one little act would have made Jesus a sinner and unable to fulfill God’s purpose. It is difficult to be faithful when everyone around you is pulling you away, but please, keep up the fight.

Jesus had to endure a lot in his last days as a human, he knew he would be falsely charged as Jehovah’s adversary, Jesus had to keep quiet and allow them to beat him and spit in his face. He knew that he would be nailed to a stake and hang there until death! Often, knowing what is about to occur, can lead to great torment. Jesus spent the night in deep prayer and supplications to his Father! He pleaded with his friends to specifically pray for him.

However in our case, that foreknowledge is a gift of God, that we may prepare our minds and arrange our lives. He gave it to Jesus that he might know he was approved in God’s eyes and thus strengthen him to remain sinless until death! He has given it to us, whom the end of this system of things is upon. We who God has invited, have had the veil lifted and can see clearly that the World and it’s religions oppose God, often in small ways that they close their eyes and ears to, but God finds these as disgusting, defiling their prayers and worship.
He is a God of principled love, of truth and justice and equality, do we not desire these and love Him in return because of these? Yes we do! Let us continue the fight to stay close to Him by prayer, study and service of speech to others about what we have been honored with, how Christ will assume the complete kingship of this world and separate people, like a shepherd separates the sheep from the goats, the goats will depart to total unconsciousness of death and the sheep will become the seeds of the restoration of Edenic conditions.

My thought are gathered from the verses below and in association with the faithful slave:

Paradise Earth & sinless human perfection: Acts 3:21 “whom heaven, indeed, must hold within itself until the times of restoration of all things of which God spoke through the mouth of his holy prophets of old time”

Paradise Earth & sinless human perfection: Matthew 19:28 “Jesus said to them: “Truly I say to you, in the re-creation, when the Son of man sits down on his glorious throne, you who have followed me will sit on 12 thrones, judging the 12 tribes of Israel.”

Select ones survive a Great Tribulation Matthew 13:36-43 Then after dismissing the crowds, he went into the house. His disciples came to him and said: “Explain to us the illustration of the weeds in the field.” In response he said: “The sower of the fine seed is the Son of man; the field is the world. As for the fine seed, these are the sons of the Kingdom, but the weeds are the sons of the wicked one, and the enemy who sowed them is the Devil. The harvest is a conclusion of a system of things, and the reapers are angels. Therefore, just as the weeds are collected and burned with fire, so it will be in the conclusion of the system of things. The Son of man will send his angels, and they will collect out from his Kingdom all things that cause stumbling and people who practice lawlessness, and they will pitch them into the fiery furnace. There is where their weeping and the gnashing of their teeth will be. At that time the righteous ones will shine as brightly as the sun in the Kingdom of their Father. Let the one who has ears listen.

Select ones survive a Great Tribulation Daniel 12:1 “During that time Miʹcha·el will stand up, the great prince who is standing in behalf of your people. And there will occur a time of distress such as has not occurred since there came to be a nation until that time. And during that time your people will escape, everyone who is found written down in the book.

Select ones survive a Great Tribulation Revelation 7:14 “So right away I said to him: “My lord, you are the one who knows.” And he said to me: “These are the ones who come out of the great tribulation, and they have washed their robes and made them white in the blood of the Lamb.”

Select ones survive a Great Tribulation Psalms 37:10 “Just a little while longer, and the wicked will be no more; You will look at where they were, And they will not be there. 11 But the meek will possess the earth, And they will find exquisite delight in the abundance of peace.”

Select ones survive a Great Tribulation Proverbs 2:21 For only the upright will reside in the earth, And the blameless will remain in it.

Select ones survive a Great Tribulation Joel 2:31 The sun will be turned into darkness and the moon into blood Before the coming of the great and awe-inspiring day of Jehovah. 32 And everyone who calls on the name of Jehovah will be saved; For on Mount Zion and in Jerusalem there will be those who escape, just as Jehovah has said, The survivors whom Jehovah calls.”

Acts 2:21 “And everyone who calls on the name of Jehovah will be saved.”’

Romans 10:13 “For “everyone who calls on the name of Jehovah will be saved.””

Select ones survive a Great Tribulation Malachi 3:16 “At that time those who fear Jehovah spoke with one another, each one with his companion, and Jehovah kept paying attention and listening. And a book of remembrance was written before him for those fearing Jehovah and for those meditating on his name.“

Isaiah 48: “This is what Jehovah says, your Repurchaser, the Holy One of Israel:“I, Jehovah, am your God,The One teaching you to benefit yourself,The One guiding you in the way you should walk. 18 If only you would pay attention to my commandments!Then your peace would become just like a river And your righteousness like the waves of the sea. 19 Your offspring would be as many as the sand And your descendants as its grains. Their name would never be cut off or annihilated from before me.””

For more on the beliefs of Jehovah’s Witnesses see https://www.jw.org/en/bible-teachings/