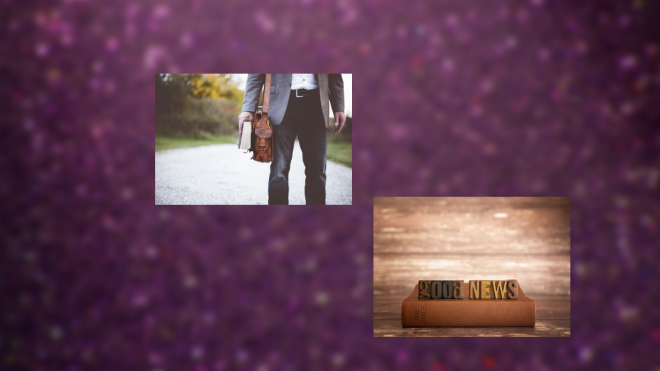 You may believe that faith is an unseen belief, yet faith is seen in the acts of those knowing the True God Jehovah not only exist, but is working out His arrangement to gather sheeplike people out of this wicked Satanic World before He replaces it’s rulers with Jesus Christ as King of God’s Kingdom. He will finish off sin and all the effects of sin on man, beast and Earth by the end of the next 1000 years. Revelation 11:18

One young man who saw God for who He is and tried to live in a way that met His approval was Daniel. He was a precious man in God’s eyes because of his deep rooted faith based of the Word of God up until that time, which gave him courage and trust in God as a fruitage of his faith. Learn more about Daniel and the historic events where he was called on to display courage, trust and deep faith in God. Learn More Here from the video Daniel: A Lifetime of Faith—Part I (Daniel 1:1–2:49; 4:1-33)

Meditate on how the world power of that time, Babylon, recognized Daniel was faithful, while those with him were half hearted towards their faith and it’s restrictions of diet and worship of false gods. Today, the world has seen a religion exercise faith like his as they preached the Good News of God’s Kingdom from door after door in their neighborhoods. See Mtt.24:14, Mrk 13:10. They put away their desires for the time and gave that time to God in the form of service. They gave their time to sow the Truthful sayings about the Bible and what the truth is about many false beliefs stemming from corrupt religious men of the past. For instance, they showed from the Bible that Hell and Hades actually represent the total inactivity of the dead as described at Ecclesiastes 9:5,10. Not a place where our Loving Father tortures those who are forgiven for their sins at death for all eternity. For the payment for sin is death! Romans 6:23 “For the wages sin pays is death,(not eternal torment) but the gift God gives is everlasting life by Christ Jesus our Lord”. Those teaching that Hell is a fiery place of torment stand in opposition to God and Christ.

Jehovah’s Witnesses hold the Bible as the Highest authority, they see people like Daniel resting in God’s Memory until He restores them in a grand resurrection. Daniel was told to rest, for he is to stand up for his lot in that resurrection at Daniel 12:13. The Bible shows that the Kingdom of God is a real Heavenly Government which will destroy the human governments of today, replacing them with Jesus and 144,000 Spiritual Beings who will act as Kings and Priests for the next thousand years, governing the Earth from Heaven. See Daniel 2:44, 12:1,2, Revelation 14:1, Matthew 19:28

To be continued…… in the meantime meditate on how the wise men then, who led the nation of Babylon in the false religious services to Marduk, also known as Bel, how they are similar to the prominent religious leaders of today in their marriage of influence over the governmental powers. Think about how Nebuchadnezzar, the King of the World Power of that time, ordered the death of all the false religious wise men. The Bible states that the nations will similarly issue an order to destroy what the Bible calls “Babylon the Great” the World Empire of false religion”. At God’s direction, the Kings of this world will turn on and destroy the religious empires of today, including Christendom, because they do not worship Him as God, but worship doctrines created by men, that are leading congregations in erroneous beliefs which discredit and slander the Almighty Himself and His chosen Eternal Name, Jehovah. See Revelation 17:16,17, 18:1