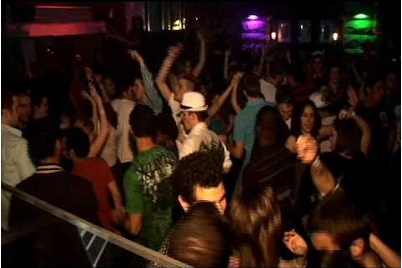 On June 12, 2016, 50 people were killed by a heavily armed gunman at Pulse, a popular Florida gay bar,  all shot because of being in that gay bar.

Quilt By Association-Does God Hold Us Accountable For the Company We Keep?

Later clarified to be 49 dead, 53 wounded. Beyond compassion for a human being that has died, how should you feel about something like this? Though these acts are caused by Satan’s influence on men, they cause us sadness and distress. Satan has been able to cause churches to fight in the World Wars against each other, Catholic against Catholic, killing one another because of what nation they were born in. Now he is able to cause people to kill one another for a number of reasons. The Bible foretold that the melting pot of the world, USA, would not be sticking together in the days before Gods Kingdom, just as iron does not mix with clay. See Daniel 2:43.  We can expect these things to progress until the Day chosen by God to end Satan’s rule, which is stated in the next verse Daniel 2:44.

Homosexual acts are condemned by God, even dressing as someone of the opposite sex is condemned. If you were to witness the towns of Sodom and Gomorrah as they were destroyed by God, how would you feel? Could you say to God “How could You do This?” No matter how you answer, your answer is from someone whose thoughts and feelings are corrupted by inherit sin and family and community values you have come in contact with during your lifetime. Even if your entire neighborhood feels God was harsh, does that make you right? No, Gods thinking and standards are not influenced by emotions or hormones but are based on principles. These principles are perfect they bring peace and harmony, for God is not a God of Disorder, but of Peace. They are the touchstone by what we can judge all matters. These principles are the very foundation of creation, they are like the gravity that holds all things in their proper place. Jehovah sets standards and morals for us that will always be of benefit to us if we allow ourselves to be trained by them. See Isaiah 48:17

The Almighty God Jehovah is the source of perfect thought. The only way to judge or get the sense of the right feelings are from God or Jesus Christ who has explained Him while on Earth and after His resurrection, which is recorded in Gods written Word, the Bible. It’s important to start with a accurate translation and not a version or paraphrase. I use the NEW WORLD TRANSLATION OF THE HOLY SCRIPTURES found at JW.ORG

What does Gods Word tell us about avoiding certain groups? A person drafted into the Army, may object because of conscientious objections based on religious beliefs that tell a person not to kill another. What if they offer him a job assembling the guns used in war, would that be okay? What if he is just a Army truck driver? No he is still involved in the Army efforts to kill other people or prepare for that. Guilt by Association with the Army or any Armed Forces would be what that person wants to avoid. The Bible shows us that God sets the same boundaries for other groups, we should have a conscientious objection toward associating with them.

Achan was a man who went out with the newly formed nation of Israel army which was told by God to destroy everyone in a certain town. Most Armies of that time would collect the spoils of war after the battle was won. God told them not to take anything from this town. Achan saw some items and could not resist the desire to take them.

The next time the army went out, they found that Gods Spirit was not with them when they had to flee from this small group of people and thirty six soldiers were killed. Joshua the leader of Gods Chosen People after Moses died, fervently prayed to Jehovah over the matter and was told that some of the spoils of the previous battle that were devoted to Jehovah were in the camp of Israel.

After the process of finding who was accountable, Achan confessed that he took the items and they were buried under his families tent. Achan had told his family that he had stolen the items when he came home from that battle and his family was all keeping quiet about it. To reacquire Jehovah’s backing the Israelite’s took Achan, along with his sons, his daughters, his bull, his donkey, his flock, his tent, and everything that was his, and they brought them up to the Valley of Aʹchor and stoned them to death. Later they built a large fire and burned their bodies.

This teaches that Jehovah sees everything and exacts justice toward everyone involved. See Joshua 7:1-26  Human courts today try to incorporate this principle of God. This can be difficult, but a person may have to separate themselves from their family to protect their relationship with God.

Quilt By Association – Sex and marriage

The Bible clearly shows that Jehovah created Adam and Eve and yoked the two together in marriage so that they were no longer two but one flesh. He gave them purpose. They were to fill the Earth with their offspring all the while cultivating and subduing the Earth. The children born to Adam and Eve would be expected to marry and do the same. The principle is that Men and Women were created to marry and have children. Period. This shows that sexual relations outside of marriage between a man and a woman are against the principle purpose of God. Not only do these relations alienate you from Jehovah God, the source of your future life, they also are damaging to you now in your flesh and your conscience.

The Apostle Paul told early Christians that once had practiced fornication, that they had been washed clean of their sins because as He stated to them” that’s what you were”. This means they had left off practicing the things mentioned , as in the past tense, “were”. If they did not continue to stay away from these things then the congregation was to “quit mixing in company” or “stop associating with them” so that others were not tempted to join them.  See 1 Corinthians 5:9-11  This is the same as a conscientious objection that you might not tread on God’s principle of Holiness, Cleanliness and Separation from the World. Some churches allow practicing fornicators to meet with them and mix with the congregation for years without offering the help they need and warning the congregation of Gods Impending Disapproval.  You should have a conscientious objection toward going to its meetings  See 1 Corinthians 6:9-11,  1 Corinthians 15:33 a Christian should be constantly advancing through knowledge and reasoning on what the Scriptures. Colossians 3:9,10

Have you committed fornication or could you be included in that group according to God. The principle of fornication would include anyone who is trying to cause a sexual response from any person other than their marriage mate including anyone who satisfies their sexual desire without their mate. Jehovah expects a person to avoid any place or situation where you could be tempted. Even viewing pornography or reading romance novels can be bad association which could lead you to make a bad decision. You should have a conscientious objection toward this type of association it is a principle of God. Read 1 Corinthians 7:2-5

The Holy Bible is a set of sixty six books written by different men under inspiration from the Same God. This being the case, Why are there more than ten thousand religious organizations on Earth today? Has God ever told people not to associate with different groups? The Bible at Revelation 18:4 states “Get out of her, my people, if you do not want to share with her in her sins.” This scripture is telling people to get out of false religious organizations around the world. Do you know some church groups that are wrong in what they preach? The principle of worship of the God of the Bible, Jehovah, is that it must be based on truth, any lie or falsehood in their worship would make that worship mute or unacceptable to the Almighty God Jehovah. This means that truth is the touchstone by which a religious organization can be judged. See John 17:17. All roads do not lead to the same god. Being in the wrong church when the end comes will be the same as being in a gay bar or strip joint because you did not worship God in Spirit and Truth respecting His standards of worship.

While on Earth Jesus made known that the Jewish way of worship was no longer acceptable to Jehovah. The God was the same, Jehovah, but the way to worship Him was now different. One example of that is that every prayer was to be offered “in Jesus Christ Name”. So the Jews that were accepting Jesus no longer visited the Temple arrangement, but had their own meetings now. Making one of the largest religions in the world, Jewish, mute or unheard, unacceptable to God.

The Bible is the oldest religious document that has survived . The prophesies (foretelling future events) recorded in it testify to the Inspiration of God upon the Bible writers. Any religion not based on the whole Bible is mute or unheard, unacceptable to God.

If you know your Bible and you know that a church teaches a falsehood then you should have a conscientious objection toward that church by not going to their meetings. God has put your future in your hands, if you need help deciding where to go to fill your spiritual need all you have to do is pray “Please Jehovah Show Me the Truth, in Jesus Name I Pray” and He will provide that help. Just like Water, Air and Food You have a Spiritual Need.  Matthew 5:3

God Has Not Changed From The Beginning

What the Scriptures Say, Why Was the Bible Written?

Does God Care if You are Having Sex outside of Marriage?