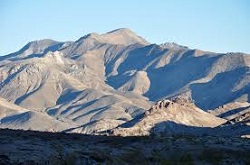 Posted on January 24, 2016January 20, 2019 by stevenjay Posted in Adam Eve and Creation, Religious TruthsTagged #praisejah, Adam and Eve, Creation, Noah and the Ark, Rebellion in Eden, the flood, Why We Die

Why Do We Age and Die?

Why Do We Age and Die? We had a Perfect Start. The First Man Adam was perfect, this means his genetic code was not given to develop any disease or disability. He would not catch cold or suffer from the flu. His body cells would continue to be replaced with the exact same cells for millions of years. Meaning that Adam could remain in that physical condition for millions of years. He would not have any arthritis, wrinkles or balding or any auto immune disease that we suffer today. He did not feel any moral shame or guilt or depression or suffer from any learning disability. This is why Doctors are trying so hard to understand our genetic code. Adam was able to converse with God while in this perfect condition. Such conversation could be so beneficial in learning and understanding the deeper questions of life. Adams thinking and mental health was perfect being in the image of his Perfect Creator, not rambling from subject to subject, but being able to continue to learn and build on previous knowledge and remember all such knowledge. We know that Jesus was perfect while he was on Earth in the flesh. He enjoyed abilities that require a higher brain function that you or I have today. Scientist claim that our brains were created to contain a million of our lifetimes, that would amount to 70 or 80 million years. So why is it we only live a few years?

Adam no doubt saw how all the animals reproduce. Many of them were family based that stayed together and had offspring they cared for and protected. After living alone for many years Jehovah caused Adam to fall into a deep sleep then Jehovah took a rib from Adam and formed the first female, Adam named her Eve. She was most likely a very beautiful woman being created to compliment Adams thinking and conversation, she was created feminine. Eve was the first and only perfect woman created. She manifested the same perfection Adam did. Life was good for both Adam and Eve in the Garden of Eden. Jehovah had assigned them work that would take many thousands or millions of years to complete, if it could ever be completed as stated at Genesis 1 verse 27  Further, God blessed them, and God said to them: “Be fruitful and become many, fill the earth and subdue it,  and have in subjection the fish of the sea and the flying creatures of the heavens and every living creature that is moving on the earth.” Adam and Eve were created and commissioned to live on earth with their children without end. So why is it we only live a few years?

The world has heard of how Adam and Eve rebelled against God and were expelled from the Garden of Eden and brought Sin into the world. Does this mean that God failed and He has given up on His desire to have this beautiful planet groomed as a Garden Paradise full of Perfect Men, Women and Children?  Does the Bible say Jehovah God has given up? see Romans 5:12

Why Do We Age and Die? Can we Escape Death?

Does the Bible say Jehovah God has given up on His purpose because of Adam’s rebellion? The Bible say’s NO. The Bible say’s that Jehovah God in His Infinite Wisdom decided to allow a period of time to show what life would be like without Him. He has provided information as to when that period of time would end in prophetic signs written in the Bible. The Great Tribulation will mark the end of that period and start the next period of a thousand years called Judgment Day.

Will we ever be able to enjoy the perfect life Adam had before he rebelled against Jehovah and His standards? Yes. The Bible is very accurate when it speaks of the future because Jehovah God can look into the future and see what will occur. Plus, He is able to take action that can change events that could occur like an asteroid striking the planet. Lets see what the Bible foretells of future life on Earth. We are reassured of this in the Bible book of Isaiah 45 verse 18 “For this is what Jehovah has said, the Creator of the heavens, He the [true] God, the Former of the earth and the Maker of it, He the One who firmly established it, who did not create it simply for nothing, who formed it even to be inhabited”

Many believe that the future of mankind is going to be in the Heavens with God. But why did Jehovah create them in the flesh? Why didn’t He just create more Angels? No, as the previous verse shows the Earth was meant to be inhabited and Jehovah inspired the same Bible writer, Isaiah, to state that even clearer at Isaiah 60 verse 21 And all your people will be righteous; They will possess the land forever. and again at Isaiah 65 verses 21,22  They will build houses and live in them,  And they will plant vineyards and eat their fruitage. They will not build for someone else to inhabit, Nor will they plant for others to eat. For the days of my people will be like the days of a tree,  And the work of their hands my chosen ones will enjoy to the full.

Jehovah God inspired a man named David to say what is recorded in the Bible at Psalm 37 verse 29 The righteous will possess the earth, And they will live forever on it. Has that happened yet? No, then it must be for a future time because God cannot lie and He cannot be wrong. see Isaiah 55:11. When Jesus was on Earth he stated that when world conditions had become worse than ever before and all sorts of wickedness are abundant that the end of this period of time or system of things was near. Later Jehovah inspired the Apostle John to record what was to happen after the end of a system of things at Revelation 21 verses 3,4,5

With that I heard a loud voice from the throne say: “Look! The tent of God is with mankind, and he will reside with them, and they will be his people. And God himself will be with them. And he will wipe out every tear from their eyes and death will be no more, neither will mourning nor outcry nor pain be anymore. The former things have passed away.”

The tent of God refers to the fact that this is not Heaven, but the Earth. The future life He is describing is the same life Adam and Eve lost. Yes, You and I can Live Forever doing the work Jehovah God intended Adam and Eve and their children to do, gardening and grooming the planet. Our fleshly condition will be restored to that which Adam foolishly forfeited, Perfection.

How can we assure we will be there? We have to treat God better than Adam did. We must continue to learn what He expects of us, we have to learn more about what is pleasing and displeasing to Him which is written in His Word the Holy Bible. Just as in marriage love, faithfulness and loyalty grow stronger when both are loving, faithful and loyal. We should seek this in our relationship with God Jehovah. If we are successful that relationship will last longer than our brains can even comprehend, Forever in Paradise on Earth. I hope to see You and Your Family There.  Jesus when hung upon a stake as a criminal, what was something that was important to him? He wanted the men hung upon stakes on each side of him that their death would not bring their hope to an end. Luke 23:43 And he said to him: “Truly I tell you today, you will be with me in Paradise.”

We Love JW.org for learning what the Bible say’s