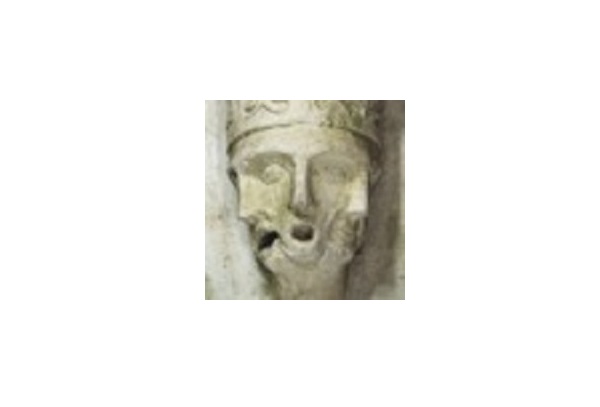 The Christian doctrine of the Trinity (Latin: Trinitas, lit. ‘triad’, from Latin: trinus “threefold”) holds that God is one God, but three coeternal consubstantial persons or hypostases—the Father YHWH, the Son (Yeshua), and the Holy Spirit—as “one God in three Divine Persons”. – Wikipedia

Jesus & the Holy Spirit are Not Co-Eternal

The Trinity Doctrine states that Jehovah, Jesus and the Holy Spirit are Co-Eternal meaning: no beginning of life and no end to life. The Almighty God Jehovah is the Only Spiritual Being that is Eternal, from everlasting in the past and will be there everlasting in the future. see Psalm 90:2 “Before the mountains were born, Or you brought forth the earth and the productive land, from everlasting to everlasting, you are God”. After God resurrected the faithful sinless man, Jesus, He bestowed immortality upon him. All rights of life are held by the Creator.

the Holy Spirit is not a living being, thus it cannot be Co-Eternal.

The Holy Spirit is God’s Active Force, like a hand God uses to accomplish whatever He wants done. Much like the unseen force portrayed in science fiction movies to move large items and read the thoughts of others, in fact the Holy Spirit has been translated as God’s Active Force. God’s spirit gave Samson his strength, the God’s spirit made Angels in Flaming Chariots visible to men. The Holy Spirit performed miracles through Jesus. It calmed the sea and caused a fish to be caught with a denarius in its mouth. God read the minds of those Jesus was speaking with, leaving them with a sense of awe.

God’s Spirit healed people a days travel from where Jesus was standing. The Holy Spirit enabled the apostles to heal the sick and resurrect the dead, just as it enabled Jesus to do the same. God’s Spirit opened the minds of people in the late 1800’s to understand the Gentile Times as foretold at Daniel 12:4. The Holy Spirit will be sent to speak by us when we need to defend the good news before Governors. The disciples at Pentecost were filled with Holy Spirit that they might relate the Good News of Jesus life and resurrection in whatever language was needed at that moment to Jews visiting Jerusalem from distant lands at that time who did not speak Hebrew or Greek or Latin.

Today, the Holy Spirit is guiding millions of people dedicated to Jehovah to share this truth with others. Jehovah’s justice is warning the world that His set day for ending the time allotted Satan has come to the full. He is showing love to His slaves allowing them to speak for Him to people door after door. It is a time of glory for them as they Honor Jehovah, Expose the Lie and Deny Satan the victory he forfeited eternal life in the heavens to get. The prophecy at Matthew 24:14 has been fulfilled, you can still see them in public places and on the streets and from door to door, at jw.org and echoed at praisejah.org doing what the churches cannot because the fruitage of Satan’s influence is selfishness and a spirit of entitlement.

All creation came to be because of Jehovah’s great love for life. Love moved Him to create another living being, a Son was created, a new life, a living spiritual being much like God Himself, but a lessor one. This was God’s only begotten son. He and His new son spent countless eons together. They grew to have great love for each other. The son began imitating his Father in all things, there was unity of principle between the Father Jehovah and the son Jesus. Jehovah wanted others to enjoy life, as they were . By use of Jehovah’s great power other spiritual living beings were then created through the firstborn son. These are referred to as Angels or the Sons of God or Sons of the True God Jehovah in the Bible. The Bible speaks of more than 100,000,000 of these sons being in Heaven. The Bible states that all other things were created in this way,  Jehovah’s power and wisdom along with the son’s workmanship. See Revelation 5:11  “And I saw, and I heard a voice of many angels around the throne and the living creatures and the elders, and the number of them was myriads of myriads and thousands of thousands”

Since Jesus was Created, He is not Co-eternal. Thus the Christian Trinity must be a Falsehood

In time creative attention was turned towards a home for what would be the crowning achievement of creation, humankind, all physical creation was created for the benefit and enjoyment of humans. “In the beginning God created the Heavens and the Earth”, this beginning was the beginning of physical creation. All creation is attributed to God, Jesus is said to be involved as a helper, see Proverbs 8, but creation and the title of Creator is solely Jehovah’s.

After hundreds of millions of years, Jehovah said to His only begotten son at Genesis 1 verse 26 “Let us  make man in our image, according to our likeness, and let them have in subjection the fish of the sea and the flying creatures of the heavens and the domestic animals and all the earth and every creeping animal that is moving on the earth.” On seeing all these things the book of Job 38 verse 7 say’s “And All the Sons of God began shouting in Applause “.

The angel later known as Jesus was the only begotten Son of God. He was the firstborn of all creation and the master worker who assisted Jehovah God in creation, as brought out at Colossians 1 verse 15: He is the image of the invisible God, the firstborn of all creation . It was Jesus who was speaking to the Apostle John at Revelation 3 verse 14: To the angel of the congregation in Laodicea write: These are the things that the Amen says, the faithful and true witness, the beginning of the creation by God.

Should Jesus Be Worshiped?

Jesus is a very important part of Jehovah’s organization, however He is not Almighty God or part of a Trinity and all those who teach that He is or Worship Him instead of Jehovah God are actually fighting against Jesus and the Truth that He wanted His followers to exhibit. In prayer to Jehovah God, Jesus said at John 17 verse 15:“I do not request that you take them out of the world, but that you watch over them because of the wicked one. 16 They are no part of the world, just as I am no part of the world. 17  Sanctify them by means of the truth; your word is truth. Those loving and following Jesus example should be set apart by Truth in their daily life and worship Jesus’ God and Father, Jehovah God. Other angels like Jesus warned men not to bow down to them. Revelation 19:10 At that I fell down before his feet to worship him. But he tells me: “Be careful! Do not do that! I am only a fellow slave of you and of your brothers who have the work of witnessing concerning Jesus. Worship God! For the witness concerning Jesus is what inspires prophecy.”

Jesus taught His Followers to Pray to God at Matthew 6:9.

Jesus taught his followers that God ( Jehovah ) is a Spirit and those worshiping Him must worship in Spirit and Truth at John 4:24 . The Trinity being a falsehood would make our worship Null and Void, Worthless to God. It might be hard To leave your friends and family who worship in a Trinitarian Church, however your doing so may help them to come to learn the truth and gain everlasting life on this Earth as Jehovah restores it to Paradise as He created it.

Pleasing God can be the hardest thing to do when it separates us from family and friends, this is why people might put it on the back burner,so to speak, but they should know God see’s them as being on the wrong side of the fence, ignoring His admonitions to separate themselves from the world under the influence of the first liar, Satan. 2 Corinthians 4:4. Why is religion divided? You would think that God would have a unifying spirit on worshipers around the Earth. In fact this is the case, Jehovah’s Witnesses all believe and worship God in the same way everywhere. They have all put all hope for the future in God’s Kingdom, a government that will rule the Earth from heaven. Jesus is God’s appointed King, there will be 144,000 humans raised to spirit life just as Jesus was who will rule with Jesus as Kings and Priest over humans on Earth.

Why does it matter?

Just after God created the 1st woman, Eve, an angel encouraged them to forsake God’s loving direction and choose what is right and wrong for themselves. They did and this lead to the suffering and death we see all around us.That rebellious spirit said that God’s domination of mankind was wrong, that every human would do just the same as Adam. Jehovah, the center of all life in heaven decided to give Satan a period of time to prove that he was right.

Many angels left Jehovah’s side. Many came to Earth and caused added violence and sorrow. Jehovah flooded the Earth to force them from it. Those angels are now inactive,trapped in dense darkness. Others angels came to Earth after this, they have reduced power than their forerunners. Bible prophecy shows that Jesus became King of God’s Kingdom in the Heavens in 1914, ending the Gentile Times. His first act was to oust Satan and many other spirits showing disrespect for Jehovah, casting them to the Earth. Just after this the first World War began. Then the Spanish influenza killed many. Earthquakes, food shortages, wars, violence, greed, selfishness and a devaluing of life have all marked what was foretold by Jesus at Matthew 24 and Luke 21.

Satan has one desire, to make sure that every man woman and child hates Jehovah! This he does by government, commerce and religion. Satan started before the apostles died, he influenced misguided men to mix human philosophies and beliefs with Jesus’ teachings. They founded churches and kept the Bible out of the hands of the people until the 1600’s. Today those false beliefs are doctrines or by-laws of the churches. The lies are held as divine truth by those misled by church leaders and Bible publishers who changed the initials of God’s chosen name YHWH to LORD. Then where the Bible is referring to Jesus they write Lord, further confusing those who cannot read the entire Bible with a open mind and meditate on it’s overall meaning. These gladly pay the churches to feed their spiritual need and to convince them that God will overlook all they do because God Loves Them. The false teachings of the churches ally the followers with Satan, making their prayers and worship NULL and VOID in God’s Eyes.

Jesus Name Means “Jehovah is Salvation” or “Salvation is from Jehovah“

Jesus is the gift given by God, like a bouquet of roses from someone who loves you very much. We should worship the Giver and not the Gift.

Read the Bible Online or Find Other Bible Based Publications at JW.ORG

PS
If Jesus were God, did the eternal God die? How could He be eternal if He died? He couldn’t.

If God died, who resurrected him on the 3rd day?

If Jesus were God, how could Revelation 1:1 be true?

Did God announce from heaven “This is my son, listen to him” as he himself was being baptized?