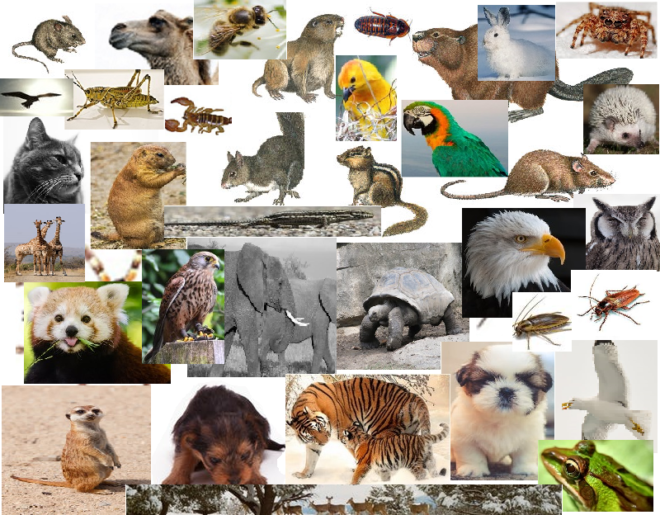 What is DNA (Genetic Code)? It’s like a very complex road map of future development for the body of a life form. DNA determines how many eyes, teeth, ears, hairs, fingers and toes a person will have. DNA defines a person’s natural body, incorporating family history. DNA determines at what age your body will quit replacing dying cells perfectly.By manipulating DNA or cloning a perfect DNA, eternal, disease free life will be possible. All humans have a similar, but individual, DNA much like fingerprints.

One Species One Genetic Code?

Some believe that all life on Earth began in soupy nutrient rich mud by accident. It is unlikely that even a protein molecule could ever come about be accident, let alone become a life form. If that could ever happen, that one life form would be all there is for another eternity waiting for this impossibility to happen again. Let’s consider some of the accidents that people believe brought us here.

How Many Accidents Brought About Life on Earth?

First we must consider what is called the Big Bang, where a large explosion turned massive amounts of energy into the physical universe. The first accident is in the Bang itself. Most explosions throw debris in all directions. However the Big Bang resembles a controlled explosion which caused suns and planets to be formed and moved away from the center in a flat circular direction. Much like a board with many bottle rockets on a large flat plate, spinning sparks and flames representing suns and planets being thrown to the outer regions of space, continuing to move in that same way today. Why are the other planets not running into each other? Because they are all organized into groups, spinning like giant pin wheels, all moving away from the center, all by accident?

Earths Distance from the Sun

The other accidents are our Sun and Earth. The Earth is just the perfect distance from the Sun for moderate temperatures allowing life to exist. The Planet is tilted on its axis allowing seasons to exist, which aid in plant life shedding old growth, which falls to earth, and adds nutrients to the soil. Miraculously, the Earth has an atmosphere of several gases surrounding the planet, which protect us from the Sun’s harmful radiation and cause meteors to overheat and explode or burn up due to the friction from the atmosphere. Too, the atmosphere is just the perfect mixture for life and the atmospheric pressure is perfect, allowing gases to condense as water that pools on the surface of Earth, all by accident?

Gravity Hold Everything in Place

There is perfect gravity holding the atmosphere and water to the surface of the planet until heated to the right temperature which allows for evaporation. Then because of just the right rotation and wind, that evaporation condenses over land to produce rain, then that rain finds its way back to the oceans through many creeks and rivers. The gravity holds the water and air in place, yet it is not overbearing, life can move about with ease. Even though we are hurling through space at 67 thousand miles per hour, the sun’s gravity holds the planet at just the right distance.

Today, many people believe that these and many more awesome facts about this planet and its ability to host some 8.7 million life forms are all just a series of un-duplicated accidents. I wonder how long it took people to accept that the Earth was not flat, but a sphere as the Bible writer Isaiah wrote at Isaiah 40:22 some 2000 years before Christopher Columbus set sail. How long did schools teach their children the Earth was flat after 1492? As understanding of genetic codes progress we should see evolutionist start to accept it was all a myth. School books will be subjected to this new understanding crediting the revelation of genetics as the reason to rewrite history.

If All Land Life evolved from an ocean life crawling from the water to land, the fossil record should show One Life-Form with One Genetic Code Dominating the fossil record as the Illustration of ant’s shows. That one species would never evolve into something else, even if it could reproduce, because all complex life on Earth has a Genetic Code that governs the bodily design and sexual orientation from conception. DNA prevents Evolution. That one form of life is all there would be for eons, or forever. Marine life could never evolve into another kind of life like rodents, reptiles, birds or human.

DNA controls sexual orientation from conception. If one life miraculously evolved from nothing, it would have to reproduce or that miracle would be short lived. How could that happen? Was the first life on Earth male or female? Let’s just say as a visual example, that the first complex life was a male cockroach, a female cockroach would somehow have to evolve during the male cockroaches lifespan of one week in order for the species to have any chance of reproduction and survive, would it not? What are the odds that both a male and a female would evolve in the same place, at the same time in eternity? The odds of that happening I believe would be the same as winning a major lottery every day you are alive and living to the age of 130 years old. Possible?

In reality the Fossil record explodes with life in one layer of Earth’s history. Many Forms of Life, Male and Female, each with a different DNA, are seen in the Fossil Record. This is in harmony with what Moses, a man who was born millions of years after the dinosaurs, was inspired to write in the book of Genesis. How was this ordinary man, with no tools, no microscopes, no Masters in biology, able to accurately write what the fossil record shows to be Fact? The accuracy of the Bible’s record of creation and the sequence of events adds weight to the truthfulness of every other verse in the Bible.

Instead of seeing long periods of individual life forms evolving, one at a time for millions of years, the fossil record shows

How Could That Happen? There are 2 possibilities 1.Either the Bible is factual in its Genesis account or 2.they all rode here from some dying planet on a large spaceship called the Ark.

What Does The Bible Say?

The Bible seems to reveal DNA existence at Psalms 139.16 where King David wrote

16 Your eyes saw even the embryo of me,

And in your book all its parts were down in writing,

Using genetic knowledge to understand how the Bibles author might do what He promises by manipulating DNA. The Almighty God Jehovah promises to change people, animals and plant life at Isaiah 11:6-9

6 The wolf will reside for a while with the lamb,

And with the young goat the leopard will lie down,

And the calf and the lion and the fattened animal will all be together;

And a little boy will lead them.

7  The cow and the bear will feed together,

And their young will lie down together.

8  The nursing child will play over the lair of a cobra,

And a weaned child will put his hand over the den of a poisonous snake.

9  They will not cause any harm

Or any ruin in all my holy mountain,

As the waters cover the sea

The Bible’s book of Genesis states the Jehovah created all life on Earth. As we discover more about DNA we can see that the Creator is an Expert Genetic Coder. In verse 6 we see the future of animal life, we can begin to understand that God could change the DNA of a male wolf and leopard that their pups will eat vegetation as deer, goats or cows do. Not only changing the teeth and digestive system of the pups and cubs, but also character and temperament of the animals so that they will no longer be a threat to human children or adults. He can do the same with Bears and Lions and snakes so that Real Peace with every animal on Earth will be possible.

Jehovah promises to change either the weather or the genetic code of plant life that it will grow naturally all over the Earth as it did in the Garden of Eden. Read what Jehovah told Adam after Adam sided with his wife and Satan at Genesis 3:17-19

And to Adam he said: “Because you listened to your wife’s voice and took to eating from the tree concerning which I gave you this command, ‘You must not eat from it,’ cursed is the ground on your account. In pain you will eat its produce all the days of your life. 18  And thorns and thistles it will grow for you, and you must eat the vegetation of the field. 19  In the sweat of your face you will eat bread until you return to the ground, for out of it you were taken. For dust you are and to dust you will return.”

However Jehovah promises to revert the Earth’s ability to grow the fruits and vegetables and grain we enjoy eating. Psalm’s 72:16 states

There will be an abundance of grain on the earth;

On the top of the mountains it will overflow.

His fruit will flourish as in Lebʹa·non,

And in the cities people will blossom like the vegetation of the earth.

Jehovah completely understands the human body and its genetic code. When He created the first man Adam, He equipped Adam with a perfect genetic code. Adam would never get sick or contract a life threatening disease. Adams cells would continue to replace dying cells perfectly forever. Adam and Eve had the opportunity to Live Forever in Paradise; foolishly they decided that was not enough. However because of the atoning value of Jesus Sacrificial Blood, Jehovah will once again treat men and women as friends as He promises in theses verses.

And they will plant vineyards and eat their fruitage.

22  They will not build for someone else to inhabit,

Nor will they plant for others to eat.

And the work of their hands my chosen ones will enjoy to the full.

23  They will not toil for nothing,

Nor will they bear children for distress,

Because they are the offspring made up of those blessed by Jehovah,

And their descendants with them.

24  Even before they call out, I will answer;

While they are yet speaking, I will hear.

25  The wolf and the lamb will feed together,

The lion will eat straw just like the bull,

And the serpent’s food will be dust.

They will do no harm nor cause any ruin in all my holy mountain,” says Jehovah.

Revelation 21:3-5 With that I heard a loud voice from the throne say: “Look! The tent of God is with mankind, and he will reside with them, and they will be his people. And God himself will be with them. 4  And he will wipe out every tear from their eyes, and death will be no more, neither will mourning nor outcry nor pain be anymore. The former things have passed away.”5  And the One seated on the throne said: “Look! I am making all things new.” Also he says: “Write, for these words are faithful and true.”

Just as increasing knowledge of genetic codes will release us from the myths of the past, increased Bible reading and understanding will release you from the myths taught by the world’s religions and draw you closer to the Person of God, Jehovah and His son Jesus Christ. John 17:3

Read More About What the Near Future Holds 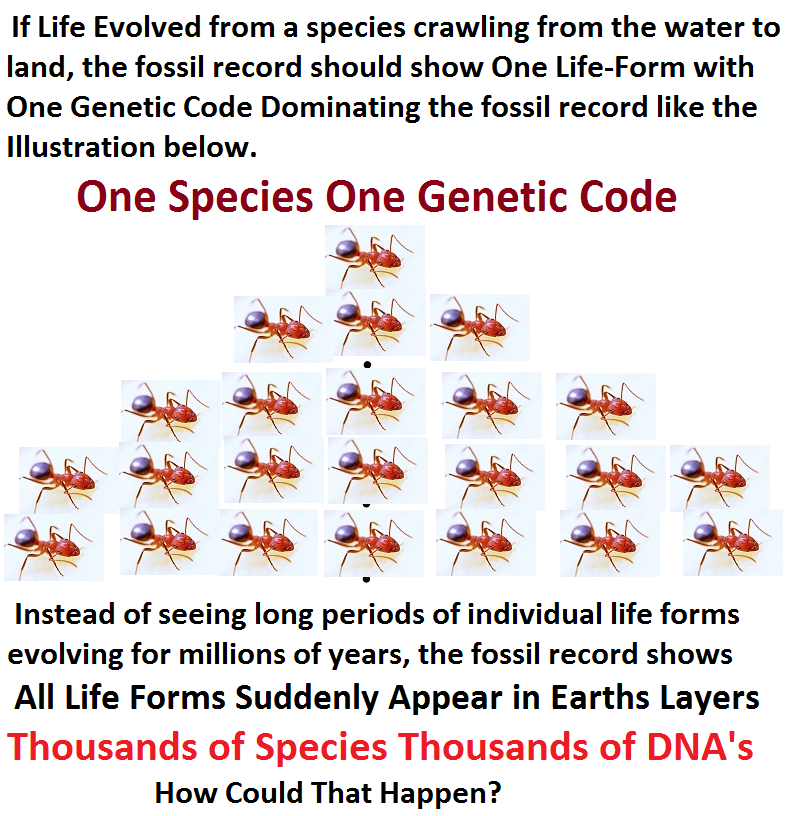