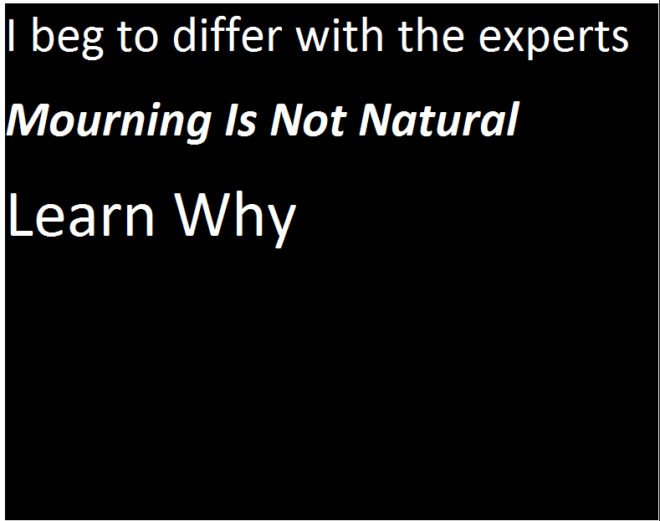 Posted on October 7, 2017January 20, 2019 by stevenjay Posted in In the NewsTagged Grieving Is Not Natural, How Will Gun Violence End?, life without the worry of sickness or death, What Do We Learn From These Events?, What Hope For Those Murdered In Las Vegas, What influenced Stephen Paddock?

God did not cause the shootings, nor did He prevent them. Learn Why. God is not punishing us through natural disasters or the actions of unstable men or governments. We will consider what God is doing later in this article. The Bible explains why do bad things happen to good people? Every evil act that is happening in the world is a result of one or more of three things. 1. A rebellion against God was first started on Earth. That rebellion continues to run its course today, we see learned men and experts teach there is no god but evolution, which leaves no one to judge their morals or their behavior. For if there is no god, who is to judge any person, right and wrong , become a product of popular opinion, like the view homosexuality. 1 Corinthians 15:32  2. Satan along with other angels referred to as demons influence or cause many thoughts and actions that cause mental and physical pain to the unwary listener leading to madness. 3. Sinful men or women are acting out desires they hide deep in their hearts. Some have the desire to be the most infamous of all these, which promotes an escalation in outrageous actions. 2 Timothy 3:13 foretells this occurrence for our day in stating “Wicked Men and Imposters will advance from bad to worse…..”

What Do We Learn From These Events?

We learn that it is beyond the ability of human governments to provide leadership that every citizen will want to follow, leadership that breeds contentment and peace for each member of the nation. Leadership that is always seen as being in the best interest of the listener is leadership a person will voluntarily follow. See Isaiah 48:17-18. A person has to feel that everyone else is on the same level, in order for a sense of equality to exist. Where there are classes of people, there is an invitation for jealousy, which can grow to hatred. The Bible states: I well know, O Jehovah, that to earthling man his way does not belong. It does not belong to man who is walking even to direct his step. Whose leadership will lead us in this manner? While Jesus was on Earth, he promoted God’s Kingdom -Heavenly Government as the solution for mankind’s problems. For instance, Jesus likened his followers to a flock of sheep at John 10:16. Even though some may have a different job they were not elevated as better sheep or paid more as the rich sheep, they are just sheep. The sheep Jesus referred to as a “little flock” were his apostles and disciples that would be invited to serve in Heaven with Jesus as Kings and Priests in God’s Kingdom. What would they receive for this service? The same as those other sheep living on the Earth, Life. The entire planet will suffer until every person is equal.

What influences any person to hurt or kill as many other people as they can? What causes a person to write a computer virus to hurt people they have never seen or heard of? Influence begins in the womb, does the fetus perceive that the mother is calm and quiet or is there often screaming and violence? After birth, is the child taught that this is all normal or a temporary condition? God Himself influences children and adults through His written word the Bible. The World, the family, the school system, the television and computers, music videos and then later in life, employment can all influence a person, not from God, but from His adversary Satan the Devil. Reading from 1 John 2:15-17 “Do not love either the world or the things in the world. If anyone loves the world, the love of the Father is not in him; because everything in the world—the desire of the flesh and the desire of the eyes and the showy display of one’s means of life—does not originate with the Father, but originates with the world. Furthermore, the world is passing away and so is its desire, but the one who does the will of God remains forever.” This shows us the two options we have, read the Bible and be influenced by God Himself or don’t and be influenced by Satan. Either or, there is no middle ground.

Grieving Is Not Natural

The Bible teaches that what we are experiencing today is Not Normal. Jehovah God has lived for all eternity into the past. Jehovah teaches us through His word and Creation itself that He Loves Life. His Love of life influenced Him to begin creating more life so that they could enjoy what He does. His first creation was a spirit, much like Himself, a Son. He named this firstborn Michael. In time, God used His great power; along with His Sons help to create many millions of spirits He calls angels. They are all called Sons of God in the Bible. He created them to live a long time, even forever. Imagine that, when you look to the sky, there are millions, maybe billions of angels that have been with God, enjoying life for eons. They form a large family, so close that Jehovah refers to them as His Wife. Try to picture God enjoying their company for millions of millions of years, so why would He create us to only live seventy or eighty years? He wouldn’t, He didn’t. Mourning over the death of a loved one is unnatural, because God created men and women to live forever, that He might enjoy our association forever. The Bible teaches that we are in this dire condition because a few angels were discontent with their life in Heaven, Satan was first of those to act against God, the first man and woman, then other angels joined him in a rebellion against Jehovah God and His right as Creator to set moral and character principles that must be kept to stay within His favor.

How Will Gun Violence End?

Jehovah is saddened over the loss of life that has occurred too many times since Adam and Eve. The pages of the Bible explain why evil has run rampant in our day and how Jehovah will bring an end of all wickedness. God’s angels are holding back the winds of change, those “winds” are God’s Next Actions.  While other angels seek out who are sighing and groaning over the detestable actions of people on Earth today. They seek those who are in effect raising their hand, just as children in a classroom do to get the Teachers attention, people are praying for help, raising their eyes to the Heavens as their faith in human solutions fade. Praying please Jehovah God help me to understand why things are like this. Please God,Help me to know you better. In Jesus name I pray. James 4:8

What Hope For Those Murdered In Las Vegas

Let Your Kingdom Come. What Will God Do Next? Much like He inspired men to write the Bible, He will inspire World Leaders to hate religion and consolidate their efforts to govern the World. Revelation 17:16,17. There is sure to be great bloodshed as the nations try to wipe out every religious organization. Before they finish, He will release the angels to protect His loyal ones and remove the governments themselves. God will soon remove every person that is unwilling to submit to His Leadership. He will then organize Jesus and 144,000 as the Earths new leaders in the Kingdom of God. God’s Kingdom will never change or pass away.

The survivors of God’s Appointed Day will begin to clean-up the Earth and prepare areas where they can welcome back those who have lived and died starting with the first murder victim, Abel, Adam and Eve’s son. There has been no lasting harm done to him and many others that God cannot undue through the resurrection of the dead and God’s Kingdom Leadership. Jehovah God wants to spend eons enjoying life with each one of us. To help us enjoy life without the worry of sickness or death, He promises to do away with them at Revelation 21:3-5 “With that I heard a loud voice from the throne say: “Look! The tent of God is with mankind, and he will reside with them, and they will be his people. And God himself will be with them. And he will wipe out every tear from their eyes, and death will be no more, neither will mourning nor outcry nor pain be anymore. The former things have passed away.” And the One seated on the throne said: “Look! I am making all things new.” Also he says: “Write, for these words are faithful and true.”’ Jehovah promises to wipe out the tears from our eyes, can you see what a loving leader He will be? Can you feel His concern for each one of us? See John 5:25-28 or Acts 24:15  Learn More About the Resurrection

The Dead Are Safe In God’s Memory Awaiting Resurrection, The Living Are Left To Answer The Question “Will I Be There When They Are Resurrected?”  With Gods Help You Can.

Time Is Short; Learn More About God’s Kingdom at JW.ORG

Las Vegas Shootings and God-What Hope for the Dead